RHODE ISLAND'S MOTTO IS NOT HOPE, BUT DESPAIR

RHODE ISLAND’S MOTTO IS NOT HOPE, BUT DESPAIR

Governor Raimondo and the General Assembly have sent a message to the taxpayers they do not matter with the Governor’s actions today on the evergreen and FF OT bills. The governor and general assembly’s only concern are how much money the special interests pour into their campaign accounts .

Municipal leaders will have a much harder job negotiating in the best interest of the taxpayers and no amount of spin by the governor’s office will alter the reality that the balance has permanently tilted toward he unions.

Sue Cienki RIGOP chairwoman stated , “A large portion of municipal budgets are personnel costs, with pension and OPEB obligations increasing exponentially. Cities and towns are being squeezed. The Governor has tied the hands of municipal leaders. Stop the charade and just hand over the keys to the special interests,taxpayers are irrelevant .”

Taxpayers are once agin being forced to live with rising property tax bills . Last one out turn off the lights .

FRIAS ON LOWERING THE SALES TAX 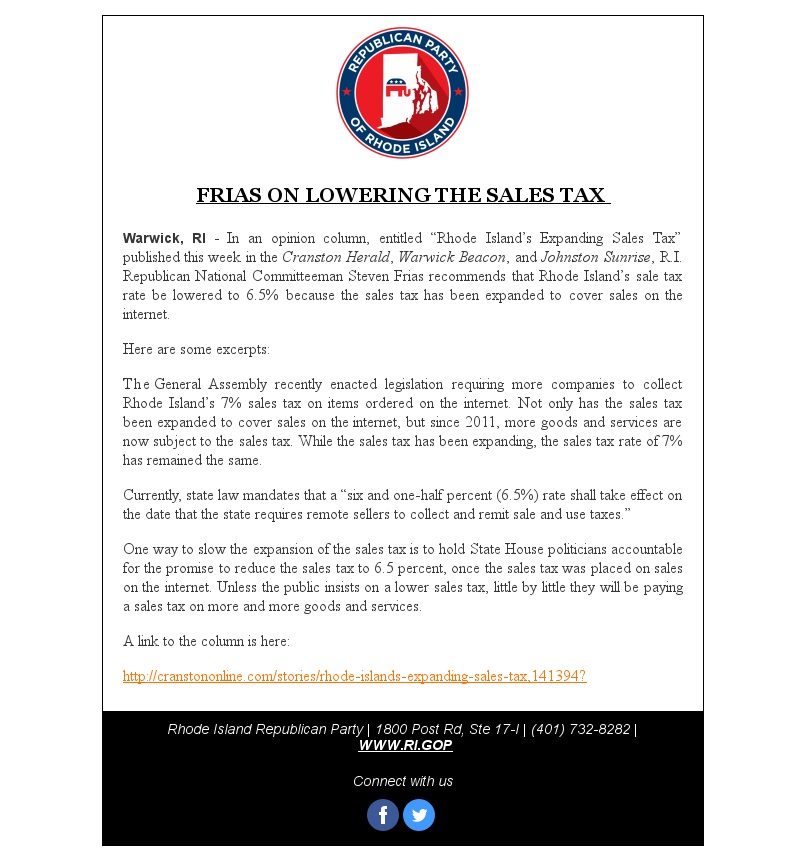 RHODE ISLAND IS NO PLACE FOR CHILDREN 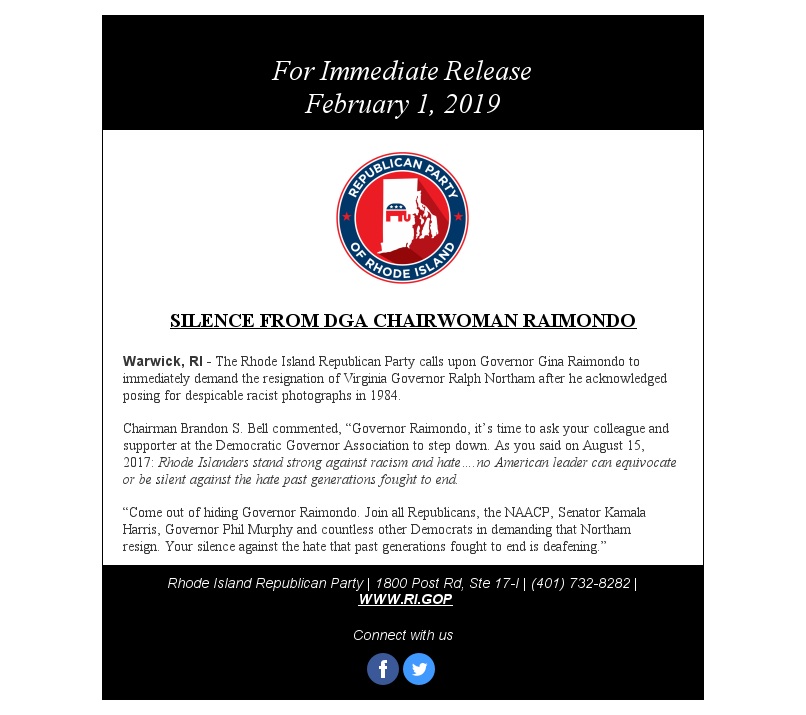 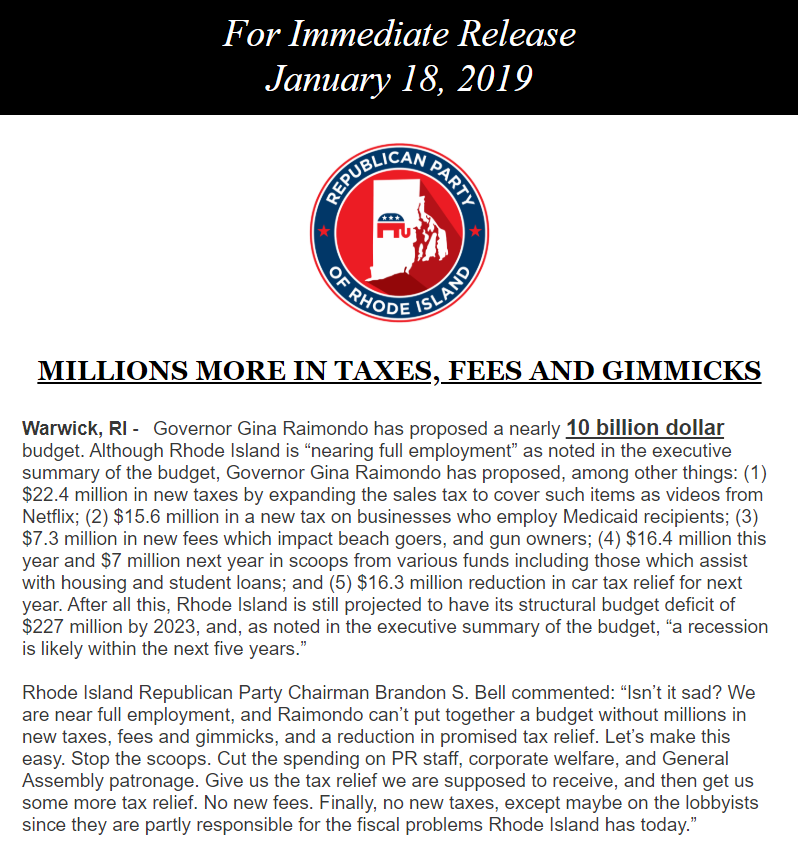